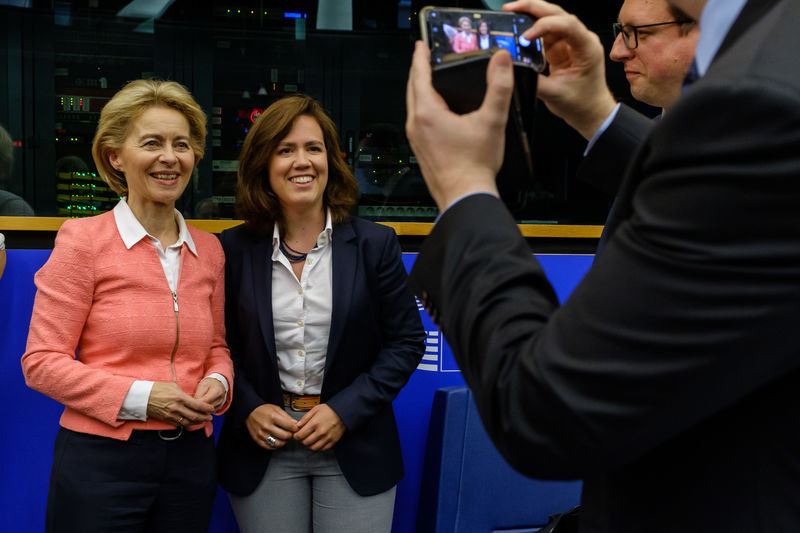 Strasbourg, France – With 383 votes in favour, the European Parliament elected Ursula von der Leyen in a secret ballot on 16 July as President of the new European Commission. The former German Minister for Defence is the first woman elected Commission President and will take office on 1 November 2019 for a five-year term.

Earlier this year, YEPP adopted its elections manifesto; a set of priorities for the future of Europe. Among other things, the manifesto highlighted the opportunities created by the digital age, in relation to job creation but also in finding an effective approach to tackling climate change.

The Commission President-elect wants to make Europe the first climate neutral continent by 2050 and showed her commitment by putting that ambition into a green deal during her first 100 days in office. Ursula von der Leyen also intends to get Europe up to speed with the digital age, with a strong focus on a data-driven economy and artificial intelligence.

Speaking ahead of the vote, Lídia Pereira, President of YEPP and new Member of the European Parliament, said: “I am delighted to see that the priorities presented by the Commission President-elect demonstrate great respect for the future generations and a clear commitment to make Europe a leader in the global arena.”

The Commission President-elect announced she will strive for a gender balanced Commission; setting a trend that will happen for the first time in a historic first.

YEPP congratulates Ursula von der Leyen on her election and awaits with great expectation the announcement of the commissioner candidates to be proposed by the Member States for the next European Commission.