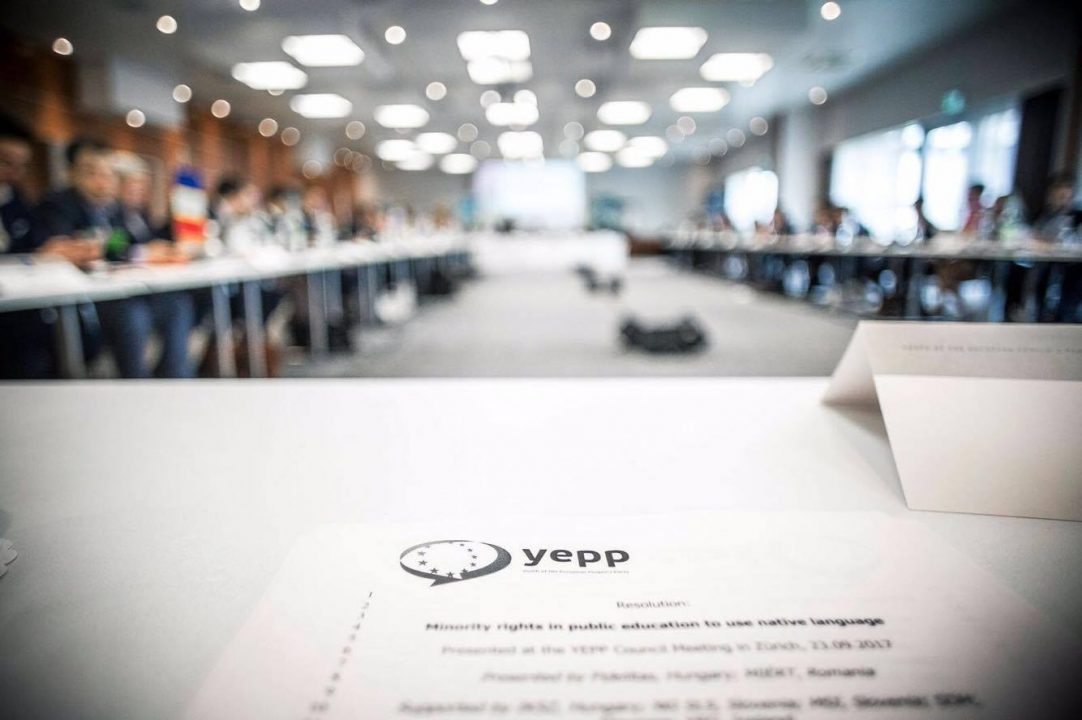 THE FUTURE OF EUROPE – Representation 4.0

YEPP officially kicked off the political year with its first council after the Congress. The YEPP family sent a strong message with over 100 delegates from 34 member organisations that followed the invitation of the “Junge Christdemokratische Volkspartei der Schweiz” to Zürich. This meeting went beyond of what an event of this kind traditionally entailed. For the first time, the YEPP board submitted a “Strategy Paper” that forms the foundation for the work of the corresponding mandate and for the overhaul of our organisation. In advance, to the meeting, the delegates prepared 12 resolutions. These covered both answers to recent events, such as migration across the Mediterranean Sea, Turkey and the Northern Korean conflict as well as resolutions providing ideas for a more democratic, and Fairer Europe. National issues such as wolf overpopulation and the allowance of Swedish snus within the Union were part of the discussion as well.

“Agreeing on what we want YEPP to be, how we want our organisation to work and what we want to achieve together is what makes our Zürich event key to our further success and development. It’s a reference point. We’re very much excited and we are looking forward into implementing the new strategy and approach,” said Andrianos Giannou, YEPP President.

Subject to the general topic “The Future of Europe”, the YEPP Council committed to the boards Strategy Paper on the role of political youth organisations at the European level. The aim is to make the own policy-making more inclusive, to give the floor to those directly affected by the issues and tackle the big issues that matter the most to the youth: YEPP is going to listen – create – explain – deliver more.

Despite its necessity, those four steps have often been neglected in European politics. It is our goal to speak and especially listen to European youngsters via our national members. Not only the ones in the Brussels nor our politically interested members, but ordinary European that experience both the advantages and disadvantages of being a European citizen. Through events and work visits hosted by our national member organization. It is also our goal to explain Europe and explain our thoughts for Europe not only to our mother party EPP but also far beyond. Eventually, words need to turn into actions. Actions of changing Europe.

Help us spread the news about our new strategy by sharing the video: https://goo.gl/BRPV8c.