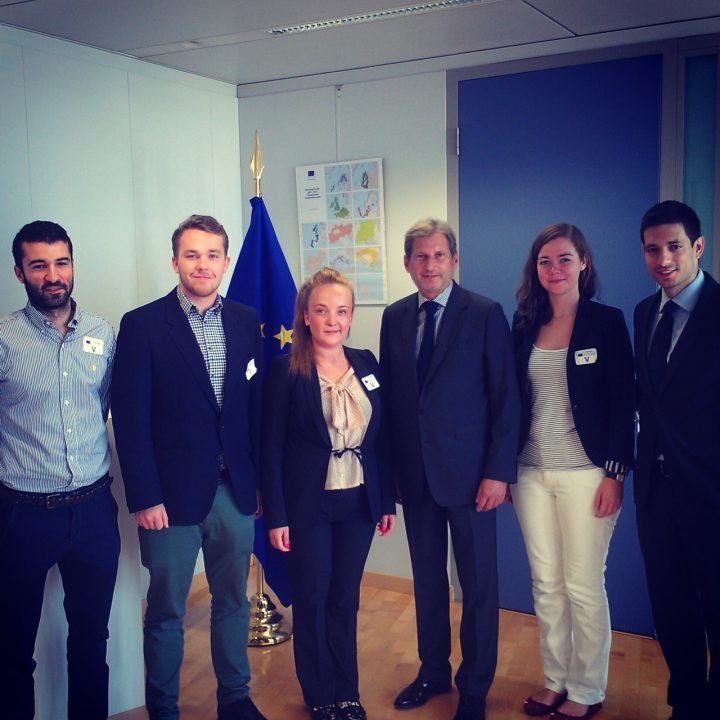 Delegates of YEPP met with Johannes Hahn, Commissioner for Regional Policy, on Friday 6th of September in Brussels.  In the meeting, which took place at the Berlaymont, we had the opportunity to follow up with the Commissioner on the “Jobs Creation”campaign; which mr. Hahn endorsed from the very beginning.  His valuable support, especially within the EPP Presidency, has been instrumental in promoting YEPP’s 3 –step plan so far.
During the meeting, we also presented the “Citizens First”campaign, which is centered on creating a citizen driven Union.  Furthermore, we outlined our plans for the participation of the youth in the European Elections campaign and introduced the dynamic “YEPP Local” project to the Commissioner.  Mr.  Hahn elaborated with our ideas and proposals and gave his recommendations regarding the next steps for YEPP.