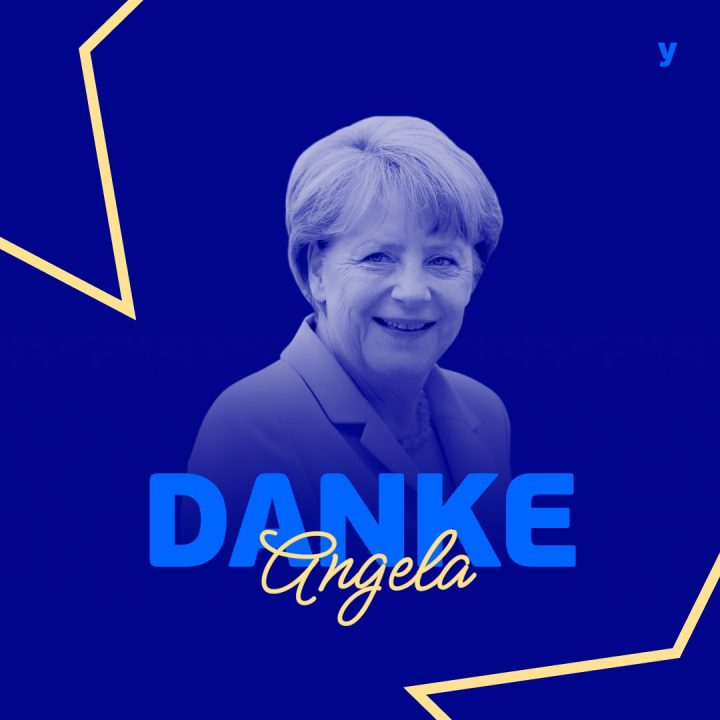 We, the Youth of the European People’s Party, unquestionably recognize the incredible achievements of Chancellor Angela Merkel during her 16-year tenure, from 2005 to 2021. She did not only lead the Federal Republic of Germany through a period of tremendous change but also contributed greatly to shaping the Union we see today.

Throughout her 4 terms, Chancellor Merkel led with a hands-on approach, discussing the most politically sensitive issues while maintaining a clear pro-European stance. She navigated and prevailed through various crises, such as the Migrant and Financial crisis. Specifically, during the Covid-19 pandemic, we saw Chancellor Merkel take the lead in stirring the course of action with numerous nations looking to her for guidance.

As the first woman and youngest person to be elected as German Chancellor, Merkel proves to be a woman of power and change, rightly referred to as the ‘Chancellor of the free world’. As a christian democrat, she never departed from her European ideas and values, including democracy, inclusion and respect for the rule of law. At large, it can be said that Merkel’s centre-right policies were the cause of Germany and Europe’s stability in the last years. Hence, she remains one of the most recognisable public figures of our time.

We, the centre-right youth, thank Chancellor Merkel for her work in supporting the European Project, particularly through her support for the youth. She recognised the most pressing issues faced by us today, including youth unemployment and education, and understood the importance of youth participation and involvement in shaping the Europe of tomorrow.

This is not a goodbye, but a thank you for all the tremendous work completed by Chancellor Merkel in the last 16 years.

Her legacy is a legacy worth celebrating and emulating.