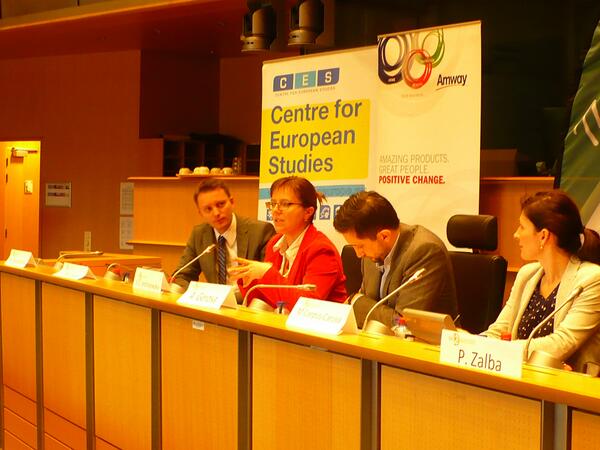 The Youth of the European People’s Party (YEPP) is a partner in the ‘Fail2Succeed’ research of ThinkYoung, done in association with the Centre for European Studies (CES). The research is the first of its type and is based on a pan-European survey conducted in the final quarter of 2013, investigating youth entrepreneurship in Europe. The aim is to provide solid proposals for eliminating the negative stigma towards entrepreneurial failure and harmonising bankruptcy laws for young startups and SMEs.
It’s a fact that Europe is lagging behind in all numbers, from patents, to investment in research, startups and risk-taking. At the same time, Europe is a champion in dialogue, spending countless hours and money for panel discussions, open fora and speeches when young Europeans are developing fantastic business ideas. Because we are not helping them, these young entrepreneurs are moving away to areas in the world where their ideas can flourish. Strangely enough, young Europeans are being asked to take risks, when the primary programme in Europe for the youth is called a ‘guarantee’.
The research has identified many ways in which Europe is lagging behind, especially when compared to the US. Europe is lacking the perception of the learning value of failure in entrepreneurship. Additionally, the research has confirmed the high level of risk aversion in Europe, which is blamed largely to the lack of reward for risk-taking. Even when European entrepreneurs take a risk and manage to succeed, they face higher levels of taxation, regulation and bureaucracy as a reward for their productivity and job creation. The research also pointed out the importance of the availability of credit for young entrepreneurs, especially through venture capitalists and business angels. Lastly, it stresses the importance of entrepreneurship in school and university curricula, to better prepare the young business leaders of tomorrow.
The research findings were presented in a conference hosted by MEP Pablo Zalba at the European Parliament, on Wednesday 18th December. The conference was attended by representatives from DG Enterprise and Industry, DG Justice, CES, YEPP, the EPP and members of the European Parliament. The launch event was the first in a series, along with further research papers on the subject, which aim to influence national and European legislation for encouraging youth entrepreneurship.