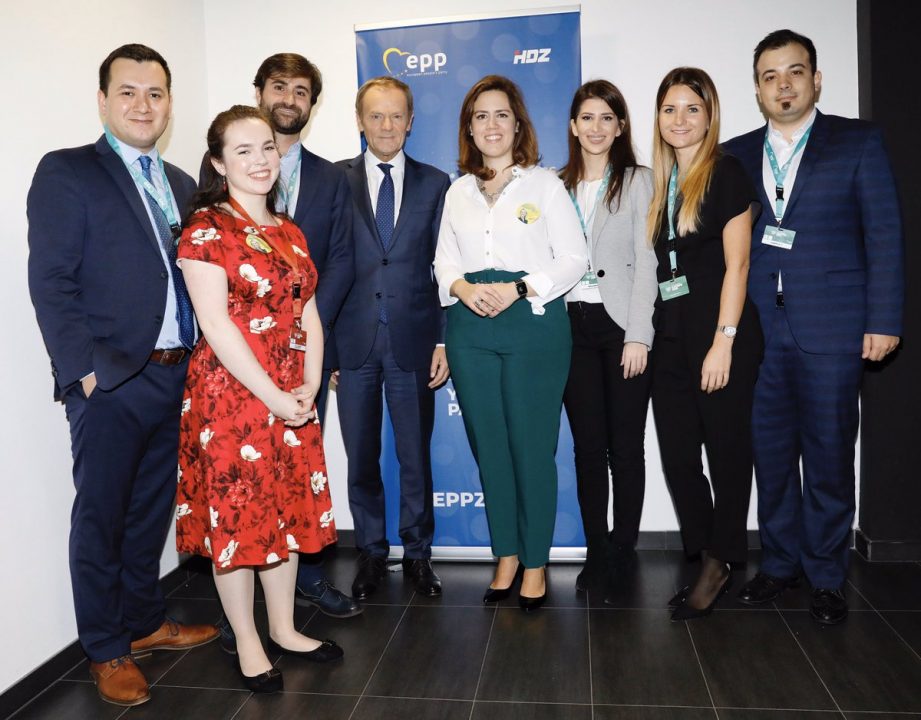 Zagreb, Croatia – The recently concluded EPP Congress 2019, was overall a great success not only for the European People’s Party but also for YEPP.

YEPP President and MEP Lídia Pereira delivered a speech at the Plenary, where she discussed the present issues faced by the party and Europe as a whole, such as populism and extremism. Which was followed by outlining the means in which the EPP can advance and overcome these difficulties. Ms. Pereira additionally highlighted the worries at the heart of the European people, including climate change, jobs and tax. In totality stressing the need to listen to the people and to reach out to the people. This can be summarised with President Pereira’s closing statement “No more politics without the people.”

During the Congress, YEPP brought forward two resolutions titled ‘Closing the VAT Gap’ and ‘Improving vaccination rates and tackling disinformation’ which were presented by Deputy Secretary General Christina Balaska and Vice-President Marcello Gamberale on behalf of YEPP. The first resolution focused on the current issues regarding the VAT Gap, particularly the avoidance and false declaration of taxes and how to overcome this. The second resolution focused on the rise of anti-vaccination movements and the EU’s need to tackle disinformation. These resolutions were unanimously supported and adopted during the Plenary Session.

On Wednesday, the 20th of November 2019, the European People’s Party (EPP) elected Donald Tusk as the new President of the EPP for the next three years. YEPP having previously been opportune to sit down and discuss key issues such as the future of Europe and the EPP, developing stronger policies on environment and youth issues, can affirm that he is most suitable to lead the EPP. YEPP congratulates President Donald Tusk on his election and look forward to starting a great cooperation with someone who will do his utmost to keep the youth at the centre.

On the last day of the Congress, Thursday the 21st of November, YEPP nominee Minister Helen McEntee was elected as Vice-President of the EPP. Having been the only young candidate under 35, YEPP believes that Minister McEntee will be a strong voice on youth issues within the EPP.  Having briefly met with her at the EPP Congress, YEPP is of the belief that Minister McEntee will bring forward the issues regarding youth participation in politics. Overall, she will be a great asset to the EPP, YEPP and the youth of Europe. YEPP congratulates Minister Helen McEntee on her election and look forward to working with her in the near future.