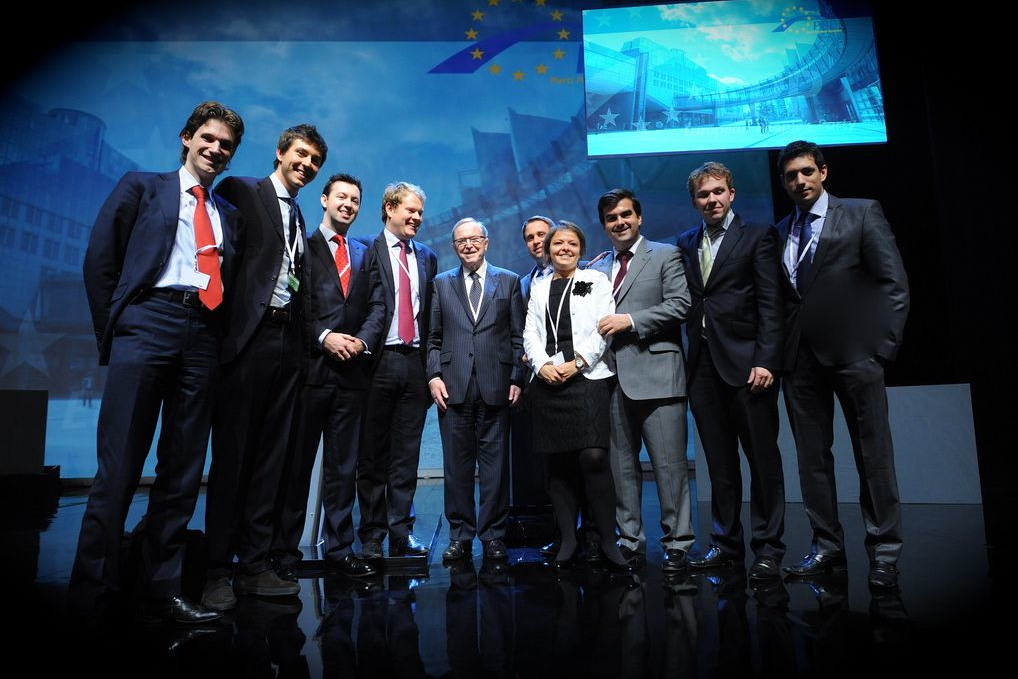 The influence of Europe’s leading political youth organisation, the Youth of the European People’s Party, took a massive leap forward this week. Firstly, YEPP President, Csaba Dömötör, delivered a hard-hitting speech during the prime-time session of the recent EPP Congress in Marseille this week, where he called on EU leaders to be responsible with the decisions they made in Brussels will affect future generations. The speech was warmly received by international leaders present.
Secondly, proposals put forward by Deputy Secretary General, Colm Lauder (Ireland), and Treasurer Frank Lambermont (The Netherlands) were presented and agreed upon at the EPP Congress in Marseille in the presence of 22 European Head of State, including President Nicolas Sarkozy and Chancellor Angela Merkel along with former-President of the ECB Jean-Claude Trichet.


“Youth authored Basel III critique adopted by EU leaders”
YEPP’s Deputy Secretary General, Colm Lauder, had developed a detailed critique of the European Union’s response to the Basel III Banking Accords and suggested alternative proposals that should be integrated with EU policy. These proposals include a re-examination of the complex relationship between Investment banking houses and retail banks, protection of EU banking competitiveness and the prioritisation of existing Basel III proposals to encourage a quicker restoration of confidence in the European banking sector.

Mr. Lauder stressed that the current Basel III proposals do not fully address inherent problems with the banking sector, in particular the lack of a response to the ‘too big to fail’ conundrum. He stressed that Europe should take a stronger position and call for a partial reassessment of the Basel III Accords.

The proposal put forward by Frank Lambermont, Treasurer of YEPP, concerned the current unacceptable level of youth unemployment throughout Europe. Currently 1 out of 5 young people are unemployed and do not have the means for self employment. This is creating a jobless generation lost in apathy and despair.

“New opportunities for young jobless”
Mr. Lambermont stressed that this situation demanded radical improvement of the prospects for young people on the labour market. The resolution addressed the barriers facing young entrepreneurs and called upon the EU and its Member States tackle these issues with urgency. The measures included reducing unnecessary bureaucracy as legal red tape and complicated administrative procedures create barriers for young entrepreneurs.
In addition, access to credit is an issue stifling youth enterprise in an already difficult environment. Banks need to be willing to provide loans to young entrepreneurs in times of crisis, in order to aid growth. The final issue concerned the dire need to integrate practical business application into an inadequate theoretical university education.