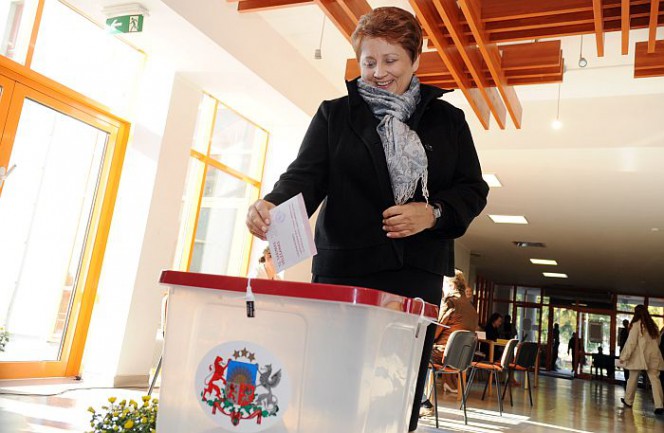 “The Latvian people have spoken and they have given a clear mandate to VIENOTĪBA and Laimdota Straujuma to form a new government and lead the country for the next 4 years” said Konstantinos Kyranakis, president of the Youth of the European People’s Party, following the official announcement of the results of the 4th October parliamentary elections.

VIENOTĪBA gained 22% of the popular vote, while the coalition it leads together gained a clear majority of 61 seats in the 100 seat Saeima. The support expressed from the coalition partners for the current PM to form a new government shows the strong cooperation between the ruling political parties and proves the stability and effectiveness of a government led by VIENOTĪBA’s leader.

We are proud of our observer members, Vienotiba Jaunatnes, for their active participation in the election campaign and for their role in shaping policy for the young Latvians.

The Latvian citizens prove that they recognise the commitment of VIENOTĪBA to their country throughout the term that they have been in power. When elected Prime Minister in 2009, Valdis Dombrovskis took over a state in crisis, at a time when nobody else would step up to this impossible task. Since assuming office, VIENOTĪBA has turned the Latvian economy around, and it is now the fastest growing economy in the European Union, successfully joining the Euro earlier this year.

About YEPP
The Youth European People’s Party is the largest political youth organisation in Europe. It brings together over 1,6 million young people from 57 centre-right youth political organisations from 39 European countries. YEPP was founded in 1997. Vienotiba Jaunatnes is YEPP’s observer member from Latvia. Website: http://youthepp.eu