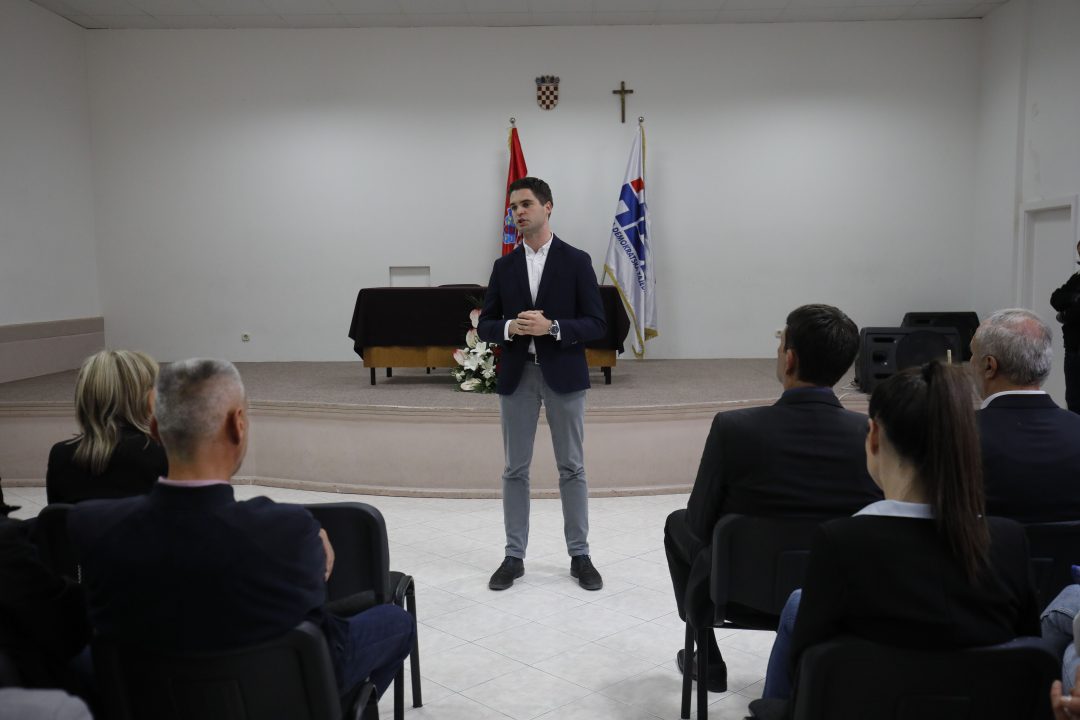 Croatia – On Tuesday, Youth of the European Party (YEPP) was in Croatia to follow Karlo Ressler (29), YEPP Vice President and number one on the HDZ list for the European elections, for one of his campaign trail.

Speaking at the start of the day, Karlo Ressler said: “This is the fourteenth day that we have been touring through the country, from North to South and from East to West. We have visited over 50 cities and municipalities and drove more than 5.000 km to ensure that we meet and listen to the concerns and ideas of as many people as possible. It has been an exciting and inspiring journey.”

On Tuesday, the campaign kicked off with a visit to Split where we took part in Sudamja; local celebrations of the procession and mass for the Saviour of Split , Saint Dominus. Speaking in Split, Karlo said: “For me, as a Christian Democrat, traditions are very important and it is crucial to cherish them as they stand at the cornerstone of out culture.” “Our optimism, knowledge and values is what differentiates us from all other political options,” he added.

Speaking about his campaign slogan ’Hrvatska za generacije’, Karlo explains: “One generation accomplished national independence and international recognition but our generation has a new task. Based on our values and our accomplishments, today we have to prepare Croatia for Europe of the new generation – generation of fast technological, economical and social changes, changes we can already see and which are changing our society in fast pace.”

The day further included visits to Podstrana, Omis, Makarska and Imotski during which Karlo met and discussed with the local citizens to boost awareness about the European elections. At each stop, he met with the local media to ensure that this topic is also communicated and his message conveyed in the local media. As Karlo puts it: “In 2014, the turnout for the European elections in Croatia was 25 percent while the youth turnout was at 13 percent. I take it as my responsibility to encourage as many people to turn out and vote to improve those saddening statistics.”

The low turnout is a sad reality in many European members states, but Karlo is positive that these numbers can be improved. “We focus on the positive message and explain how Croatia has benefited from the EU Membership by presenting very concrete and tangible examples. For instance by showcasing what has been build or renovated in the respective city with the support of European funds. This is very important because people often feel that that EU is very distant to them.”

In the closing of the day, Karlo stated: “We have one more week of this campaign road tripping ahead of us before the final phase of the campaign and we will continue doing our utmost to win the mind and hearts of our citizens and convince them to vote on the 26th of May.”