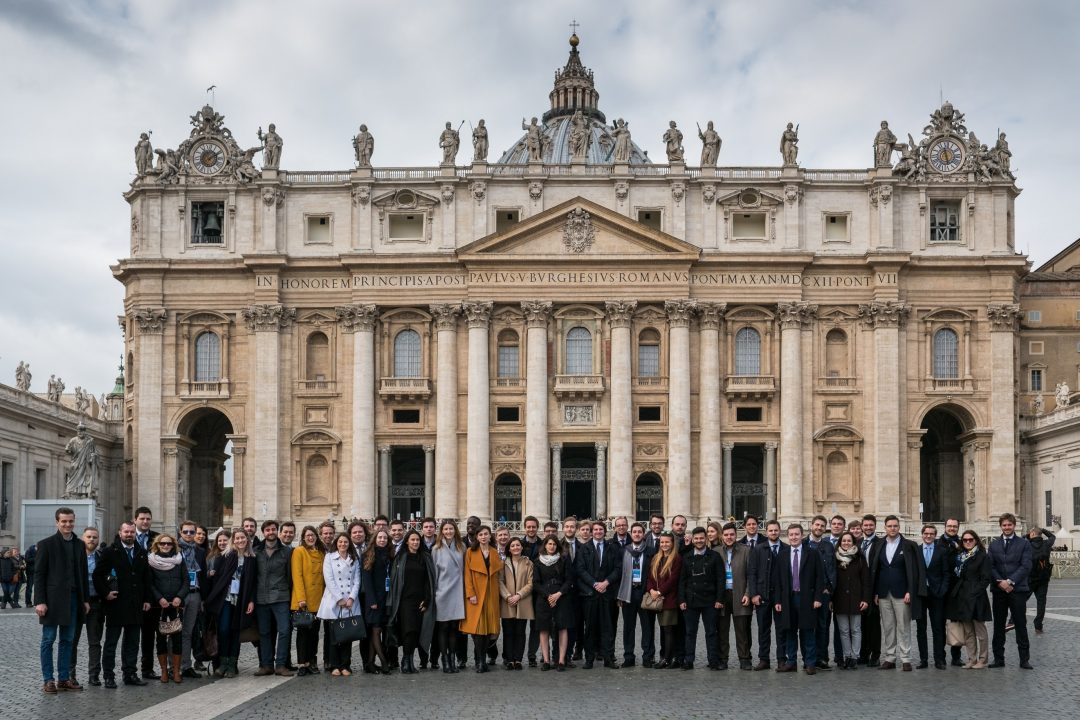 YEPP, together with the European Youth Foundation, Wilfried Martens Centre for European Studies and Konrad Adenaur Stiftung, successfully organised its first conference of 2017 in Rome, Italy. The conference was held between 7th and 12th February on the topic of ‘The Fight Against Populism in Europe’ and brought together over 90 young delegates from all around Europe.

The Conference not only focused on populism as such, but more importantly addressed different narratives that populist politicians use and the effect they have on the society. Among the main topics which were addressed during the Conference, was youth radicalization.

Throughout 2016, YEPP worked towards highlighting the importance of anti-populism, fight against radicalization and extremism and emphasized the immediate link between those phenomena. Our members were encouraged to fight populism offline and online by providing counter narratives to disprove the approach.

In view of the upcoming elections in France and Germany, countries which have been largely affected by the wave of recent terrorist attacks, we could witness that populist politicians were becoming more convincing and more eager to blame young Muslims and refugees for actions of a few. As populists use hate and fear to fuel their narratives and score political points, many groups of different nationalities and religion in Europe and beyond, found themselves more isolated. This effectively provided a fertile ground for extremist propaganda to target and influence vulnerable and marginalized youth, causing a boost in youth radicalization.

In this effect, the Conference deemed to draw the link between populism and youth radicalization and was designed to develop approach to tackle this issue from the youth perspective.

The program kicked off at Piazza San Pietro, where the delegates attended the General audience with his Holiness Pope Francis. During the audience, the participants were honored by Pope’s kind words and inspiring speech for the future. During the audience, His Holiness also reminded us to keep fighting for a better world because, in his words, “politics is the highest form of charity”.

Further to this, the delegates participated in number of various debates led by experts on different topics such as:

The main objective of the Conference, however, was to develop a White Paper on the respective topic. Through interactive workshops, we encouraged our participants to exchange ideas and views on the connection between populism and youth radicalization. Further to this, they were asked to introduce their views on possible solutions to tackle the issue. Those ideas were substequestly translated into a unified White paper, which includes number of steps to tackle youth radicalization. Besides this, the White paper also calls for actions on our members to develop counter-narratives and fight radicalization in their schools, communes, sport classes and on the most regional level. In this view, the participants came up with possible measures and solutions, which will be used as a basis for the campaign.

The White Paper and campaign are foreseen to be launched during our upcoming Summer School in June.