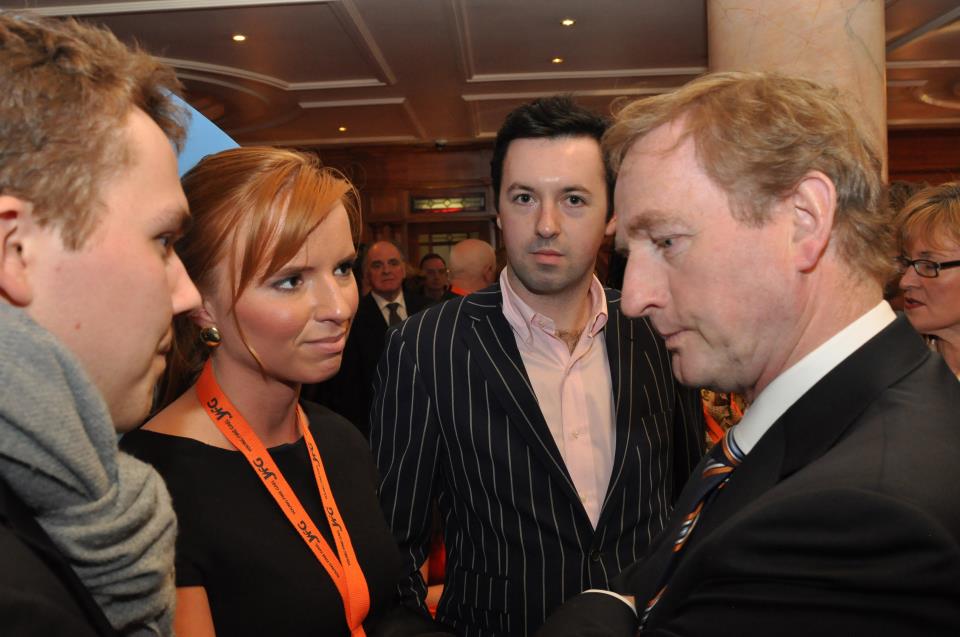 With great pleasure I participated to YFG Conference in Tullamore, Ireland on 17-19th of February. It was both, in terms of organisation and political content, an outstanding Conference.

As we all know, Ireland was bailed out in the aftermath of the 2008 financial crisis. Last year Fine Gael became the biggest party and formed a coalition government with the Labour party. Mr Enda Kenny has done exactly what he said that he would do during the election campaign. He promised strong and courageous government and he has delivered that.

There have been numerous reforms put in place by the new government and based on what he said couple of weeks ago in Tullamore, there will be more and there still is lot to do. However, what Fine Gael has achieved already is remarkable; they have given hope back to people. The economy of Ireland was in ruins thanks to the failed politics of Fianna Fail and a lot needs to be done to get it right again but I am absolutely certain based on what I heard from Mr Kenny and from the youth of Fine Gael that Ireland will become the Celtic Tiger again.

There has been a lot discussion about harmonising corporate tax in the EU. Some leaders of EU member states have said that it is ‘unfair’ that some countries have a lower corporate tax than others. Personally, I do not understand such an opinion. There are so many other factors in addition to taxation that influences competitiveness and only talking about taxation and its effects without considering all the other factors does not lead to well informed outcomes. Taxation is and should remain a national competence and forcing a country to change their taxation, whether it is corporate tax or VAT, is against the subsidiarity principle. If the structure of the EU is changes, then we should look into taxation as well but for the time being with the current structure and treaties in force, there is no need to do that.