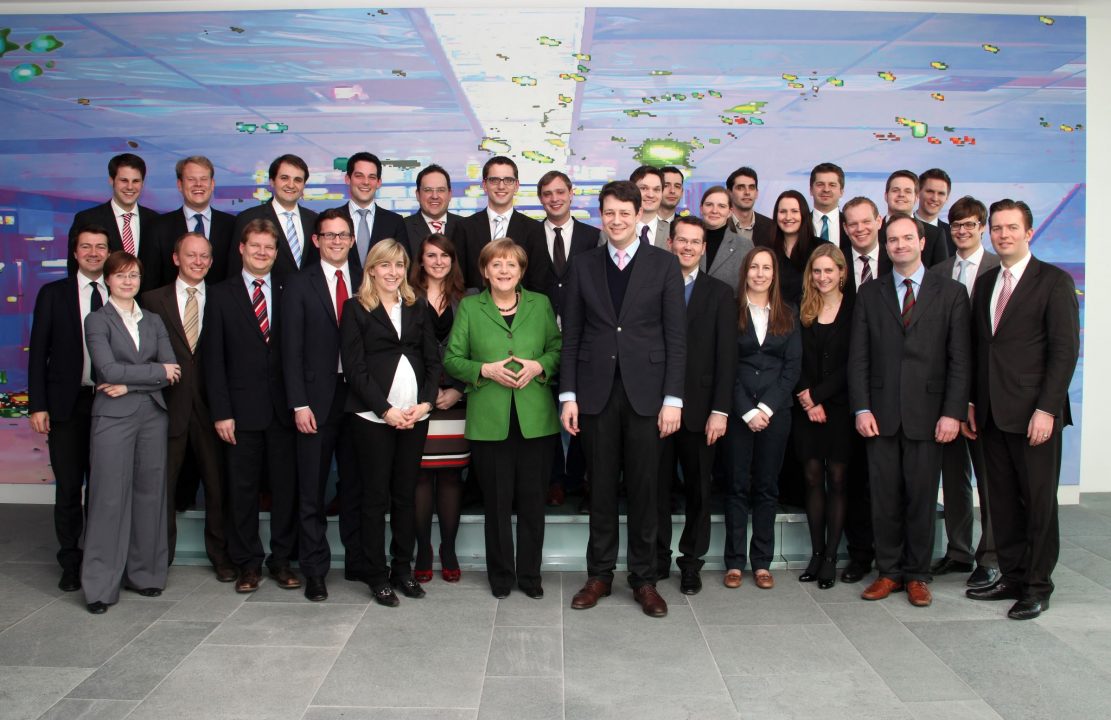 Berlin. Also foreign policy was a hot topic during a discussion of Chancellor Merkel and the Federal Board of the Junge Union Deutschlands. I found it very useful and interesting to have the opportunity to ask and to listen to the Chancellor in the 1,5 hours lasting meeting in her office in Berlin. Chancellor Merkel stated the importance of a stable and reliable European fiscal policy and sees that in this field has been made progress but she also thinks, that there is still a long way to go. Also the situation in the Middle East was part of the discussion and the possibility that the conflict with Iran could become more serious. Mrs. Merkel made clear, that without any doubt, Germany is with Israel and supports its need to protect its boarders and people.