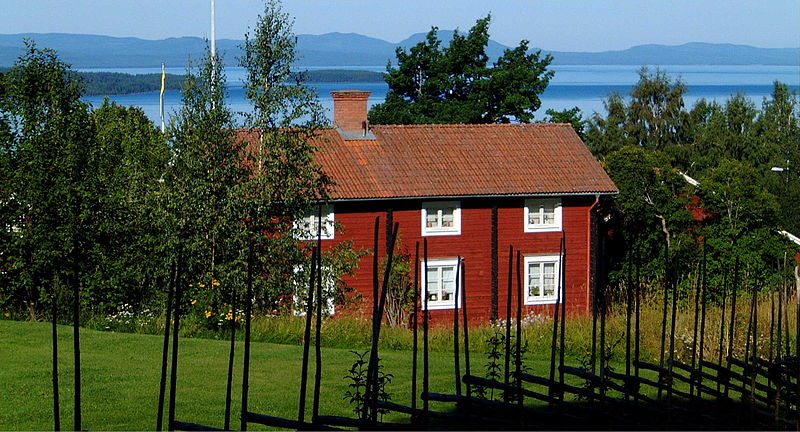 All of you have probably heard from Social Democrats, that Sweden is the ultimate example that left ideas are in the best interest of your countries. That following the Swedish example will make your country prosperous and that Sweden has succeeded thanks to high taxes and a well built welfare state.

Truth is, this is not the case. In reality, the Swedish experience should rather be used to argue for free-market reforms and against big government. A big welfare state is not the only thing that sets Sweden apart from other countries. Our strong work ethics and high levels of trust might be some of the reasons that Sweden has succeeded even though we have a large welfare state. British Institute of Economic Affairs (IEA) published a paper written by Swedish Nima Sanandaji on this issue.

Some of the highlights from it:
·      Sweden did not become wealthy through social democracy, big government and a large welfare state. It developed economically by adopting free-market policies in the late 19th century and early 20th century. It also benefited from positive cultural norms, including a strong work ethic and high levels of trust.

·      As late as 1950, Swedish tax revenues were still only around 21 per cent of GDP. The policy shift towards a big state and higher taxes occurred mainly during the next thirty years, as taxes increased by almost one per cent of GDP annually

·      Big government had a devastating impact on entrepreneurship. After 1970, the establishment of new firms dropped significantly. Among the 100 firms with the highest revenues in Sweden in 2004, only two were entrepreneurial Swedish firms founded after 1970, compared with 21 founded before 1913.

·      High levels of equality and favourable social outcomes were evident before the creation of an extensive welfare state. Moreover, generous welfare policies have created numerous social problems, including high levels of dependency among certain groups.

I recommend all of you who are getting tired of hearing about Sweden as a Social Democratic Utopia to read it. You can find it at:

How to perceive the Visegrad-4 and what to expect in the upcoming years – a Central European perspective
Michael Stellwag | 5 months ago
Lebanon: a country in the balance, a youth that pays the price
Youth of the European People's Party | 9 months ago
How to convince people of the need for Vaccination
Kevin Maas | 2 years ago