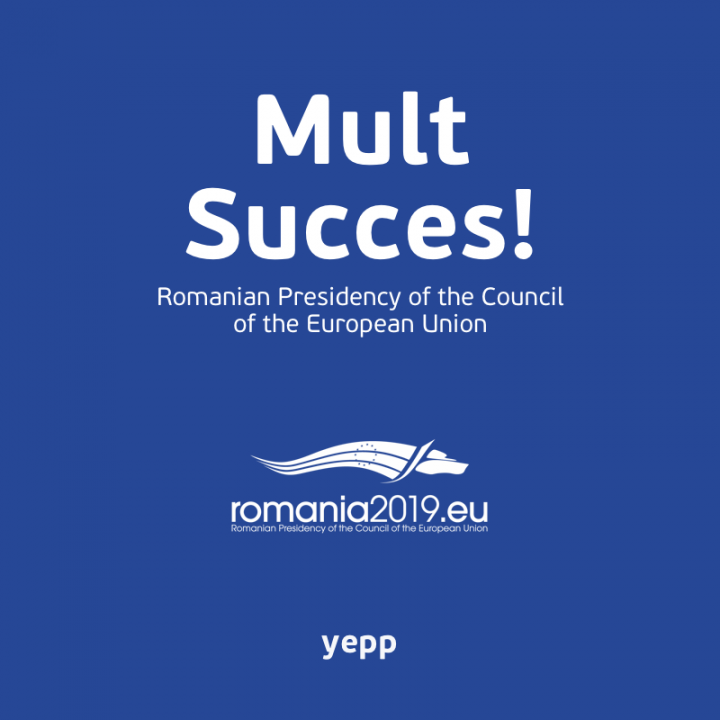 During the Romanian Presidency of the EU Council, which will include the time of the European elections, our role is not only to actively contribute to the strategic priorities of our Union for the 2019-2024 agenda, but also to safeguard and protect the way our collective interest closely follows our core European values.

Furthermore, in the next half a year, we will all witness Brexit coming into being. This remains a challenge for the entire Union, and we will surely attempt to contribute to an effective and fair course of actions.

But most importantly, TNL Romania bow has the unique opportunity to stand for a new and more thorough approach regarding the role and status of the younger generation across Europe. We will promote a secure and more predictable integration of young people; and we will advocate for a mobility which is driven solely by choice, and not by social or economic constrains.

On this note, youth unemployment is also a very important issue to be tackled, considering that nearly 5 million people below the age of 25, are jobless. The success of the Youth Employment Initiative is vital in order to handle this crucial problem. The economic crisis severely hit the young: at the end of 2017, the youth unemployment rate reached 16.2%.

Moreover, the Romanian Presidency should also plan and focus on a strategy to trigger a reverse of the massive youth brain drain within the EU. It is vital to develop ways to enforce faster inclusion and stronger social cohesion mechanisms, as in today’s Eastern Europe we are facing enormous youth migration and serious social imbalances due to this.

According to most recent Eurostar numbers, almost one in five working age Romanians (19.7%) lived in another European Union country in 2017. More than 26.000 highly qualified specialists have left Romania since 2003 to work in other Western countries. Most of them are teachers, doctors, nurses with a university degree, physiotherapists and dentists. Regrettably, it appears that governments seem to either encourage or ignore the brain drain phenomenon: at the moment, the brain drain phenomenon is seen as a solution for the balance of payments, given the money the diaspora sends back to the country of origin. This situation calls for an enhanced cooperation between higher education institutions and companies/employers.

There are several ways to link practice and theory, ranging from the integration of internships, a work-based semester, to programmes that combine a higher education degree with vocational training, such as the ones provided by many dual study programmes. Solutions exist, what remains to be done is to put them into practice! We are all in charge of a Europe that works for all of us, not just today, but also in 100 years from now!