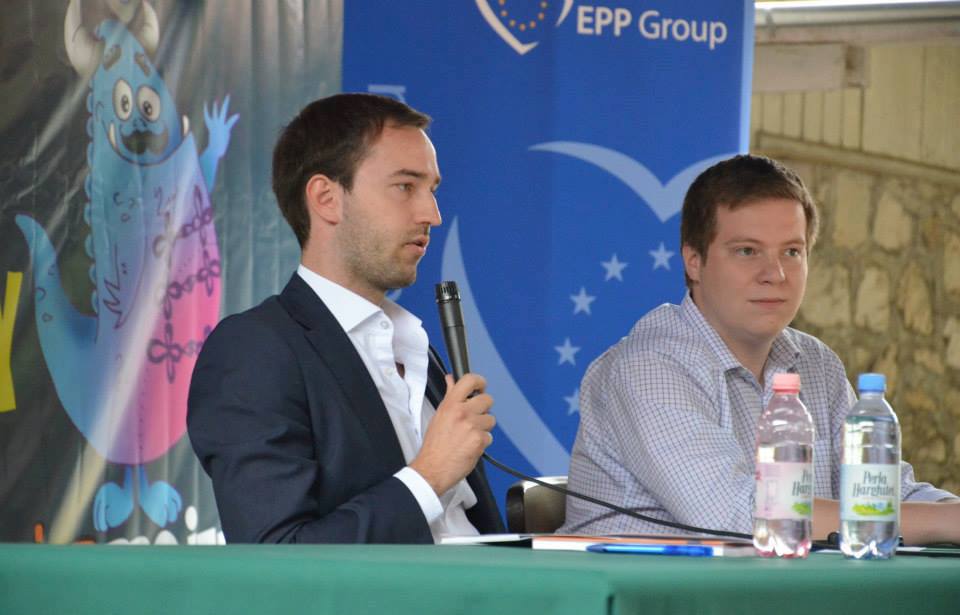 Our newest member of YEPP, the Hungarian Youth Council of Romania (MIERT), hosted the 10th Edition of their EU Camp in Marosfő, Romania. New Europe Now! Let’s build it together! – was more than the motto of the event. Young members of the parliament, MEP`s and more than 150 young participants took the future of Europe into their own hands. They discussed political issues, made sports and celebrated together for one week.

When MIERT joined the YEPP family at the congress in Sofia, i could feel the energy of this organisation that would enrich our European family. The same energy hit me when i arrived at the EU summer camp, that was hosted by MIERT in Marosfő in Rumania. The camp participants where dancing to the music of a local band and drinking local beer (highly recommended). I was told that the last days have been full with political debates and sports activities, it was time for some party. After some talks with the participants i went to my sleeping place, which was a house, completely made of wood. The owner spend 10 years building it with his own hands. The fact that he left his house to a total stranger showed me the overwhelming hospitality of the people from this region. The next morning started with a discussion on EU issues with MEP`s from this Region. Changing the EU into a Union of the Regions and Brussels should not tell the citizens how their tomatoes or cucumbers should look like, were only two suggestions, that occurred during the discussion. And YEPP should always be critical, also towards EPP.

After the discussion with the MEP`s, it was my turn. In my presentation i told the participants the story of our job creation campaign. From formulating our 3 proposals, to the meeting with Wilfried Martens and our solutions on the EPP summit agenda, to the meeting with Barroso and our proposals in the conclusions of the EU Council. Many questions from the audience showed that the policies of YEPP create some attention and that we are heading into the right direction with our issues. Besides youth unemployment i had the opportunity to talk about the democratic deficit of the European Union and ways to better involve the Youth into the decision-making processes of the European Union.

It was an honour for me to represent YEPP at this great event. The hospitality of my hosts made me feel like home from the moment i arrived. Many thanks, especially to Adorjan, Botond and Zsolt. I am looking forward to see all of you again.