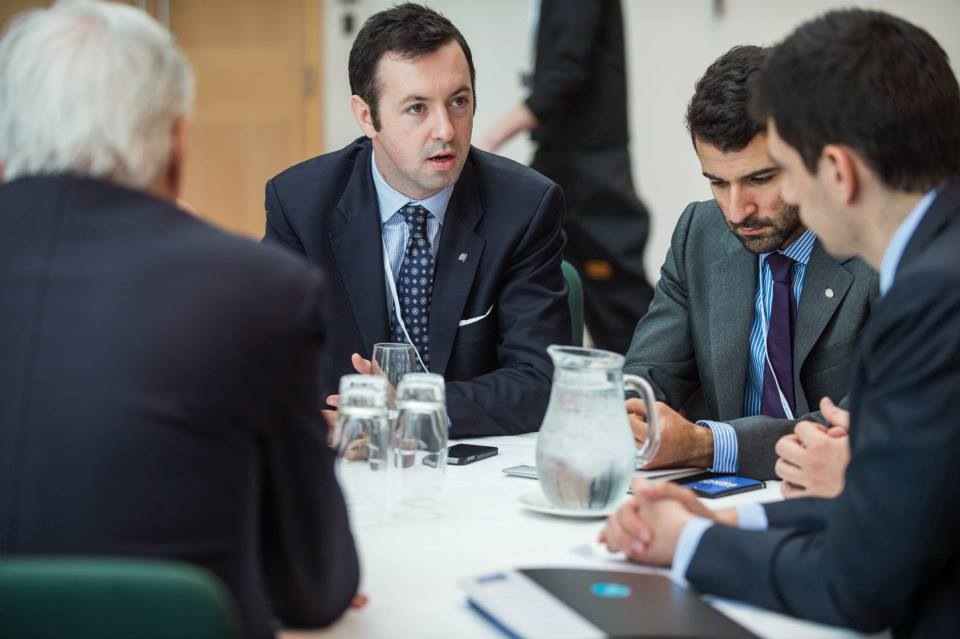 Excerpts from a speech given by Secretary General Colm Lauder to a gathering by young politicians from across Europe hosted by Young Fine Gael, on the eve of the 2014 EPP Congress in Dublin.

Today we are only a day away from when we, the EPP family, will select the captain of our team, its commission president candidate, for one of the most significant elections since the foundation of the European Community.

You will remember, it was EPP parties that put their heads above the parapet, and charged the no-mans-land of political and economic chaos enthusiastically, though a sense of duty, by stepping into Government in Portugal, Spain, Greece, Ireland to salvage these economies after the excesses of the Socialists and Liberals during the good years.

However, the difficult decisions and measures our, EPP, Governments had to take to stabilise the Euro Currency, to maintain the cohesiveness of the European Union has made us a target for the Socialists and Eurosceptics as the May elections edge closer.

We should not apologise for taking such decisions, we should not feel guilty for implementing difficult and wholly necessary measures, and we should not bow to such pressure from unrepentant populists.

We accuse the Eurosceptics of wanting to take Europe back to the 1950’s, I believe it is more perhaps 1939 or 1914, but the uncomfortable truth is, that they, particularly extremist parties like UKIP in Britain or Sinn Fein in Ireland, have drastically modernised their arguments and have broadened their views more than we have.

What is so puzzling to many pro-Europeans, like me and most of you here, is that some of our proudest achievements – creating the single market, fostering a European trade agenda and championing democratisation and enlargement in Eastern Europe and the Balkans, are some of the most powerful arguments the Populist Eurosceptics use against us.

When the Euro crisis struck, they seized their chance, rather as neo-conservatives did in America after 9/11. Meanwhile the pro-Europeans rationalised, desperately needing to reinvent our arguments and our campaigns. We, in particular YEPP, have done that. We have taken the popular arguments of Eurosceptics and proved that the pro-Europeans too can lead reform, can lead change, can improve Europe.

I am delighted to say that YEPP, through the leadership of President Kyranakis and with the support of Presidents like Dale and Patrick Molloy, has lead that agenda within the EPP family, leading Europe on issues such as tackling Youth Unemployment, Lowering Taxation to make the Europe economy more competitive with China, India, America, to our Citizens First Campaign where we aim to bring Europe closer to its citizens and tackle the disconnect between the European Commission and the European People. It was the youth that took the initiative ahead of the mother party. I am proud of our action and our continued conviction.

Now, we are tackling the populist Eurosceptics head-on with one of their favourite topics: Cutting Red Tape and Bureaucracy in Europe and making it an easier, friendlier place to do business. These new issues, reforms and messages will help us to win this years election, and to secure the Presidency of the Commission.

But the story is not over; the profound shifts in the global economic and political environments has given us, the pro-Europeans a chance to evolve and strike back with a credible, articulate agenda. We have gladly seized this opportunity.

I am proud that YEPP has led reform from the front, and this week proudly in my home city, Dublin, at the largest Congress in the history of European politics, we will see these ideas, the campaigns you worked to create, help to form a united, a determined campaign to ensure the EPP wins the 2014 elections.