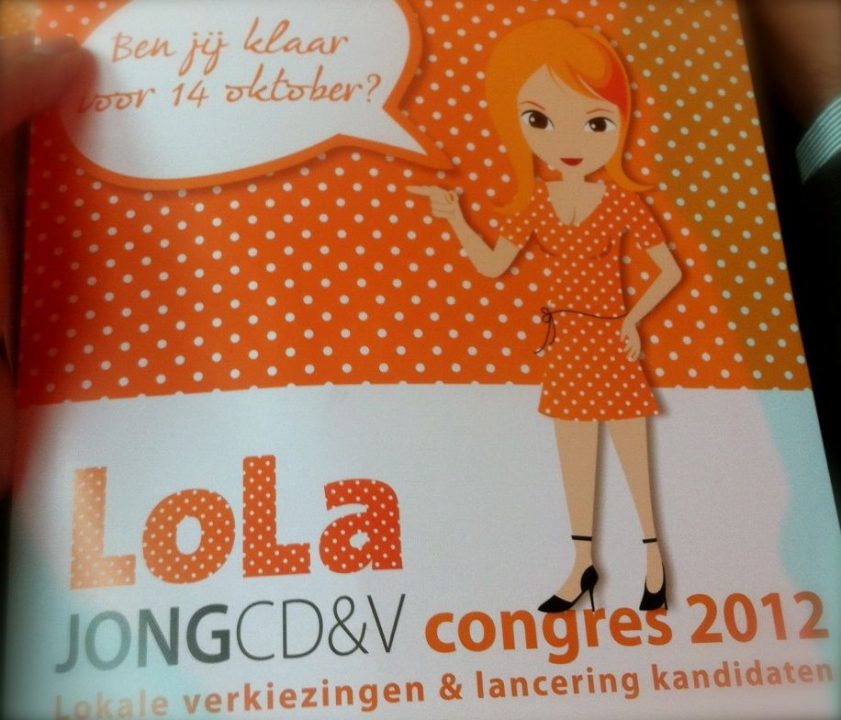 Let me start by thanking the JONG-CD&V for inviting me to their Congress. It was a superbly organised event and I wish all the best to their election campaign! I have not come across similar idea than ‘LOLA’ before and I encourage you all to have a look!

We had a lot of discussions about the local elections, economy and the reforms now underway in Belgium. Overall, I am really happy to see that Belgium has managed to get itself moving after being paralysed by the political crisis that left Belgium with out a government for over a year.

I believe and I think everyone else who attended the meeting shares my belief, that if Belgium implements all the reforms it is now planning and implementing already that it will become a really strong economy again. We were told of the high increase of labour cost compared to Germany that took place during the last ten years and how that has caused some companies to become less competitive. I was really happy to hear that the government is prioritising the competitiveness of Belgium companies since that is where the new jobs are created and wealth produced to the society. I hope that they implement the German type reforms and get at least as good results as Germany did!