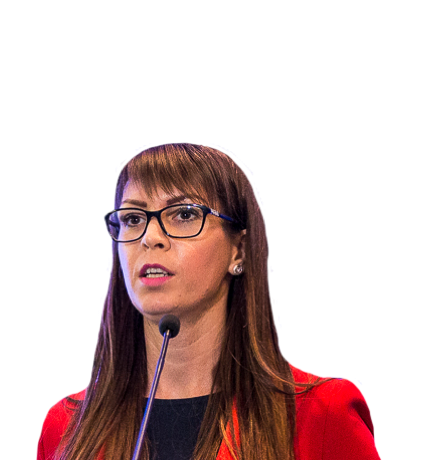 Agnes Zsofia Magyar was born in Hajdúszoboszló (Hungary), in the Europe-wild famous city of its largest spa complex in Europe. After five and a half years spent in the European Parliament as Accredited Parliamentary Assistant to the Hungarian EPP Delegation, she currently serves as special adviser to the Hungarian State Secretary for EU Relations. Previously, she worked for the Foreign Affairs Cabinet of FIDESZ as a political adviser, and prior to that as Head of Secretariat of Foreign Affairs Directorate in the Hungarian Presidential Office. Before that position, she was in charge of the same tasks in the Office of the Hungarian National Assembly. She studied Institutional Communication at the Metropolitan University of Budapest, and she holds a Master’s degree of Eötvös Lorand University as well. Agnes was Head of the Brussels Office of her youth organization, Fidelitas during the years spent in the EU Bubble, and she is still advisor of European affairs in her hometown. She is often invited to share her thoughts in the national media as an expert on French domestic politics. Her passion is Kangoo-jumps but adores books, cats, and voyage.